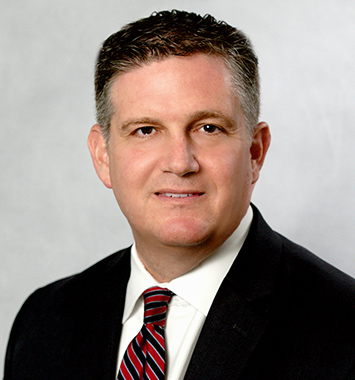 Mitchell Weintraub, CPA
Back to Team

Mitch is the founding Partner of Cordia Partners, a Northern VA based professional services firm that provides outsourced accounting, consulting and staffing services to   Washington, DC metropolitan area organizations.   Cordia serves not-for-profits, government contractors, and other businesses. Mitch has been instrumental in assisting our clients with management, staffing and operations of their accounting departments.

Prior to founding Cordia Partners, Mitch was the Partner-in-Charge of Beers & Cutler’s (now Baker Tilly) outsourced accounting group. He is Past Chair of the Northern Virginia Chamber of Commerce (formerly the Fairfax County Chamber of Commerce). He also serves as Secretary of the Washington DC Economic Partnership, Treasurer of Potomac Community Resources, Interfaith Works and on the board of the Men of St. John’s College High School. Mitch resides in Montgomery County, MD with his wife and two children.

Mark Melton, CPA
Back to Team

Mark Melton is a founding partner of Cordia Partners. Mark has a specific focus on helping clients identify and manage accounting and reporting processes on an outsourced basis.

Mark has over 22 years of professional experience in the areas of accounting and financial services while serving government contractors, professional service firms and other commercial enterprises. He assists Cordia’s clients in developing financial reporting and control procedures that address the most important business and control issues, while ensuring that information is delivered efficiently and effectively.

Mark has extensive experience in the organization of the financial accounting function where he has an excellent understanding of the integration of business process, information technology and personnel management. Mark has worked on numerous complex projects involving the reorganization and/or establishment of effective accounting procedures in order to generate consistent and meaningful results.

Prior to founding Cordia Partners, Mark was a partner of a large regional accounting and consulting firm in the Washington, DC metropolitan area. In addition, Mark has served as a Senior Financial Executive in the private industry, within the government contracts, manufacturing, technology, and professional services industries. Mark also has public accounting experience at both international and regional CPA firms. 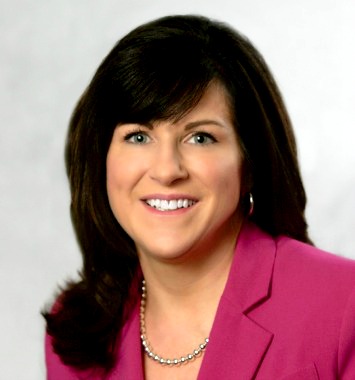 Traci Rowland Shepps is a Partner at Cordia Partners providing consulting and advisory services to government contractors and various other professional services organizations.

Traci has over twenty-five years of professional experience in all facets of accounting operations, compliance, system design and implementation, and system and process optimization. Combining a strong accounting and consulting background with business systems experience, Traci specializes in providing accounting support, system design, and business process implementation and optimization.  Her diverse professional and industry experience has provided her with an extensive knowledge base of business scenarios and industry best practices. 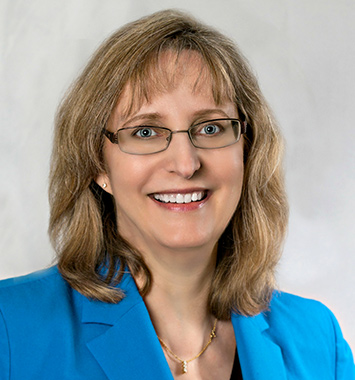 Lori Stanley
Back to Team

Lori has approximately 25 years of professional experience in corporate and outsourced accounting services spanning a wide variety of financial accounting functions. She has provided services to commercial and not for profit organizations. Lori also serves as the internal Controller and Human Resources Manager for both Cordia Partners and Cordia Search.

Lori received her bachelor’s degree from the University of Maryland.

Joseph Greeves, CPA
Back to Team

Joseph (Joe) Greeves was one of the three original co-founders of Cordia Partners, a leading provider of business advisory, finance and accounting, and recruiting and staffing services in the Washington DC metropolitan region. Joe joined Cordia Partners, on a full-time basis, in April 2013 to lead the Cordia Search operations and to provide CFO consulting and advisory services to Cordia’s clients primarily in the technology and professional services industries.

Prior to joining Cordia Partners, Joe was the EVP & CFO of GeoEye, Inc. an industry leading, publicly traded satellite imaging business, which he successfully sold for over $1 billion in 2013. Prior to GeoEye he was the CFO of several publicly traded and venture-backed businesses including Managed Objects, OPNET Technologies, Fusion Systems, and ERC Environmental and a CFO mentor and consultant for Lazard technology Partner’s venture fund. His accomplishments include being named the NVTC public company CFO of the year for 2010 where he was invited to be a judge of the awards for 2011, 2012, and 2013. He began his career as an audit supervisor with Touche Ross & co. (now Deloitte). 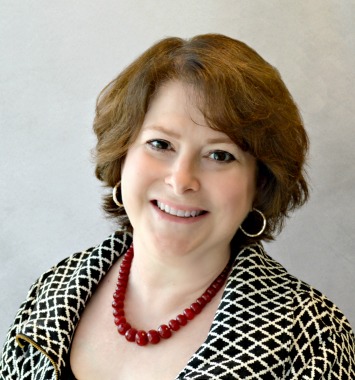 Brigitta Scott, CPA
Back to Team

Brigitta has thirty years of professional experience in all facets of accounting operations, compliance, internal audit, and internal controls.  Brigitta has extensive expertise in GAAP, FAR, and CAS, and specializes in providing accounting consulting and outsourced services to government contractors, not for profit organizations, and other professional services companies.

Prior to joining Cordia Partners, Brigitta was Director in the Advisory practice of Baker Tilly, a national accounting and advisory firm.  In addition, Brigitta’s background includes corporate finance operations experience in an organization that grew aggressively from a startup to a public company, and providing assurance and tax services in a public accounting firm. 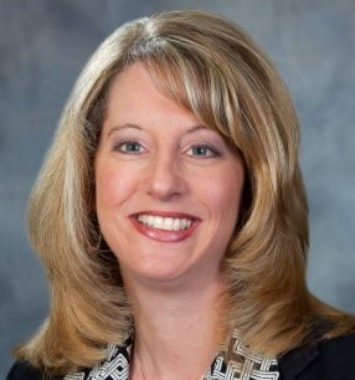 Janette has twenty-six years of professional experience in all facets of serving the audit, compliance, tax and consulting needs of the not-for profit industry with a focus on organizations that include charitable, membership and trade associations, Political Action Committees, and those with significant international operations and/or federal funding.  Janette has extensive expertise in GAAP, GAAS, and OMB and has worked with clients on indirect rate structures and agreements, joint and other expense allocations, multi-entity and for-profit subsidiaries, and internal control assessments and guidance.

For twenty one years, prior to joining Cordia Partners, Janette was a Partner in the Not-for-Profit practice at RSM US, LLP, a national accounting and advisory firm.

Janette is a member of the American Institute of Certified Public Accountants, the Greater Washington Society of CPA, serves on the Advisory Board and Audit committee for Make-A-Wish Foundation Mid-Atlantic and is the Treasurer of the National Academy of State Health Policy. 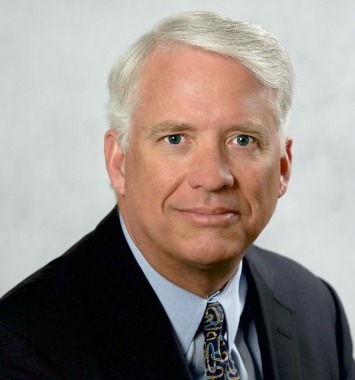 Donald Olinger
Back to Team

Don has over 30 years of professional experience, including nearly 20 years as a leading hotel and real estate industry financial executive. He served as CFO and Corporate Controller of two of the nation’s largest publicly-owned hotel Real Estate Investment Trusts (REITs). His experience has included numerous capital market transactions, and several major corporate restructurings in addition to establishing and building several highly successful accounting and finance organizations. He has deep knowledge regarding capital raising (including IPO’s), financial reporting, effective organization structures, budgeting and forecasting, strategic planning and governance. He has industry experience with companies in the hospitality, real estate, government contracting, telecommunications, and technology industries, among others. 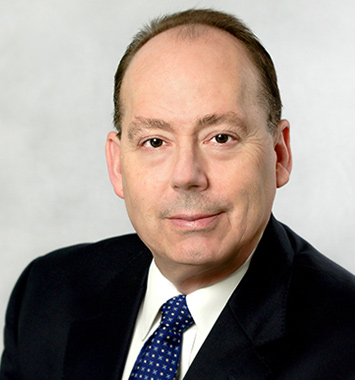 Michael Cippel, CPA
Back to Team

Prior to joining Cordia Partners, Mike was the Director of Financial Planning and Analysis and Pricing for a mid-sized government contractor. In addition, Mike’s background includes corporate finance operations experience in both the Government Contracting and Commercial arenas. 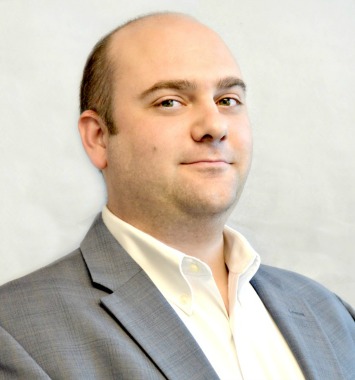 Abraham Gogel, CPA
Back to Team

Abe has over ten years of professional experience in all facets of accounting operations and financial system design and implementation. Abe provides systems design and implementation, process evaluation and design, and accounting transition support to government contractors, not-for-profit organizations, and various other professional service organizations. Abe’s hands-on experience in managing accounting operations, combined with his extensive knowledge of accounting systems technology makes him uniquely qualified to support our clients with the technological and process challenges they face in today’s competitive environment. 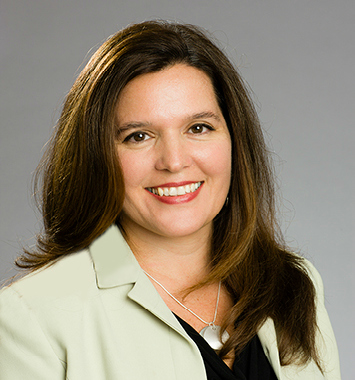 Veronica Vannoy
Back to Team

Veronica Vannoy is the Principal of Marketing and Communications for Cordia Partners and Resources. She is responsible for external and internal marketing communications including market strategy, brand awareness, event management, and digital marketing automation.  Veronica promotes Cordia’s outsourced accounting, consulting, and recruiting and staffing services to government contractors, non-profit organizations and commercial clients. She is also focused on strengthening relationships with partners, clients, and vendors.

With over 20 years of experience in marketing, web development, and creative services, Veronica brings expertise in branding, advertising, web development, social media execution, and content writing to help strengthen Cordia’s market position in the Washington, DC area. Prior to joining Cordia, Veronica was the Marketing Director for BLR Holdings, Inc. and it’s three companies, The BOSS Group, Cella, and Proposal Development Consultants, three companies providing staffing, consulting and managed service solutions in the creative, marketing, digital and proposal space. She holds a B.S. in Advertising, Marketing and Graphic Design from the University of Miami, FL and is fluent in Spanish. 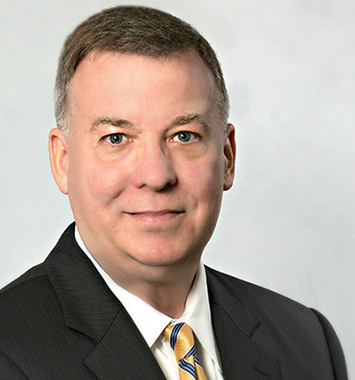 Michael Drennan, CPA
Back to Team

Mike Drennan joined Cordia Partners after serving more than five years in a consulting role as interim CFO – Controller for several of the firm’s not-for-profit and for-profit clients. Mike has a specific focus on helping clients resolve operational challenges in their accounting and finance departments that allow stakeholders the opportunity to receive timely and accurate financial data for management purposes.

Mike has extensive experience in the organization of the financial accounting function where he has an excellent understanding of how to integrate these functions into all areas of the organization for optimal success. Not adverse to rolling-up his sleeves and jumping in, Mike is equally capable of leading a team of Cordia professionals to accomplish the engagement at hand.

Dana Fisher
Back to Team

Dana holds a Bachelors Degree of Arts in Public Administration and is very active in a number of business and community organizations including the Northern Virginia Technology Council (NVTC), the Northern Virginia Chamber of Commerce,  The Women’s Center, Association for Corporate Growth, Small and Emerging Contractors Forum (SECAF), where she holds a position as Membership Co-Chair, and the founder of the Executive Women’s Networking Forum (EWN) that meets bi-annually to connect women personally and professionally.

Dana lives in Reston, VA with her husband, Mike, and son Jack. 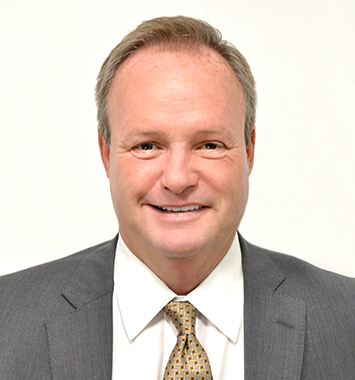 Peter O’Rourke
Back to Team

When Bowne and Donnelley merged in 2011, Peter continued to lead in sales performance.  Peter supported emerging growth companies preparing and planning for future transactions.  Preparation is key to achieving an effective deal execution, and knowing what to expect in the early stages of development enables best-informed decision-making and strategic team building in ever-changing, evolving regulatory environments.

Peter is a graduate of New England College in New Hampshire where he studied finance and communications, and was a rugby team captain with the NEC Lions Rugby Football program for four years.  He is active within Northern VA/MD/DC Technology Councils, holds board and committee positions with various non-profit charitable foundations, coordinating charity golf events, and participating in community service and volunteer programs around the Washington, DC metropolitan area.  An avid golfer, a private pilot, and a Chesapeake Bay sport fisherman, Peter lives in Annapolis, MD with his wife, Stefanie, son Matt, and daughters Megan and Bridget. 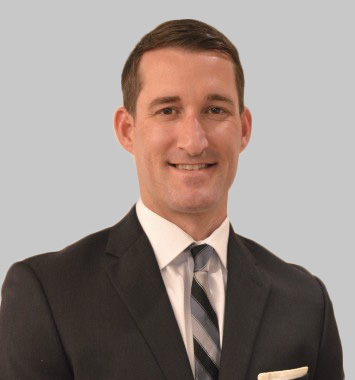 Jeremy Taro
Back to Team

Prior to joining Cordia Partners, Jeremy was the Business Development Director for a national accounting and advisory firm leading their Enterprise Resource Planning and Digital Transformation practice.  He has an extensive background working with the world’s leading software and technology partners building first-class solutions for some of the most complex organizations in the Nonprofit, Government Contracting, and Professional Services industries.

Jeremy received his B.A. in Economics and American Studies from Brandeis University where he also played baseball and competed in the Division III college world series his freshman year.  He is an active member of the Mid-Atlantic business community and has been a Make-A-Wish volunteer and ambassador for over 11 years.  Jeremy lives in Ashburn, VA with his wife Melissa and two daughters, Peyton and Olivia. 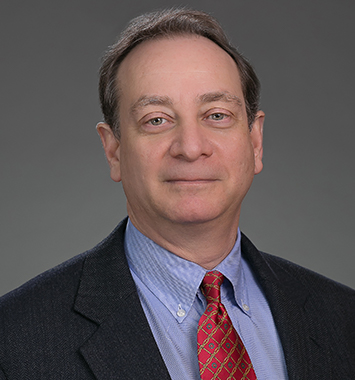 Russell Waldman
Back to Team

With expertise in budgeting, analytical skills, enterprise software, sales, Customer Relationship Management (CRM), and Enterprise Resource Planning (ERP) systems, Russell provides complex solutions to solve mid-to-large enterprise challenges. He has spent much of his career working with government contractors and commercial companies as their trusted advisor to position them for future growth.

Russell received an MBA in Finance from Long Island University, Brooklyn, NY. He is a member of numerous business organizations throughout the Southeast and mid-Atlantic regions. Russell resides in Atlanta, GA with his wife and daughter.